Growing up in Camden in Wilcox County and working on her father’s farm taught Gov. Ivey to value hard work and living within one’s means. Her parents instilled values of faith, family, and community.

After graduating from Auburn University in 1967, she worked as a high school teacher and a bank officer. She served as Reading Clerk of the Alabama House of Representatives under Speaker Joseph C. McCorquodale and Assistant Director of the Alabama Development Office, where she worked to spur job creation and economic development across the State.

In 2002, she became the first Republican elected State Treasurer since Reconstruction and was re-elected in 2006. As Treasurer, she was committed to making the office more open, transparent, and efficient. She was elected Lieutenant Governor in 2010, becoming the first Republican woman to hold the office in Alabama’s history. She again made history on Nov. 4, 2014, by becoming the first Republican Lieutenant Governor re-elected to the office. One of her first actions in office was to lead the Commission on Improving State Government. The commission was tasked with exploring ways to reduce government spending and find efficiencies in state government. Many of the commission’s recommendations were implemented, laying the groundwork for Alabama to successfully complete The Road to Saving $1 Billion in December 2013.

Gov. Ivey has been honored to receive numerous awards for her service to the State of Alabama, including the 2015 ALFA Service to Agriculture Award, a spot on Newmax’s list of the nation’s “50 Most Influential Female Republicans,” and, most recently, American Institute of Aeronautics and Astronautics (AIAA) 2016 Public Service Award.

The first Girls State alumna elected to an Alabama Constitutional Office, she is a member of the First Baptist Church of Montgomery, the Montgomery Rotary Club, and the Board of Directors of the Montgomery YMCA. 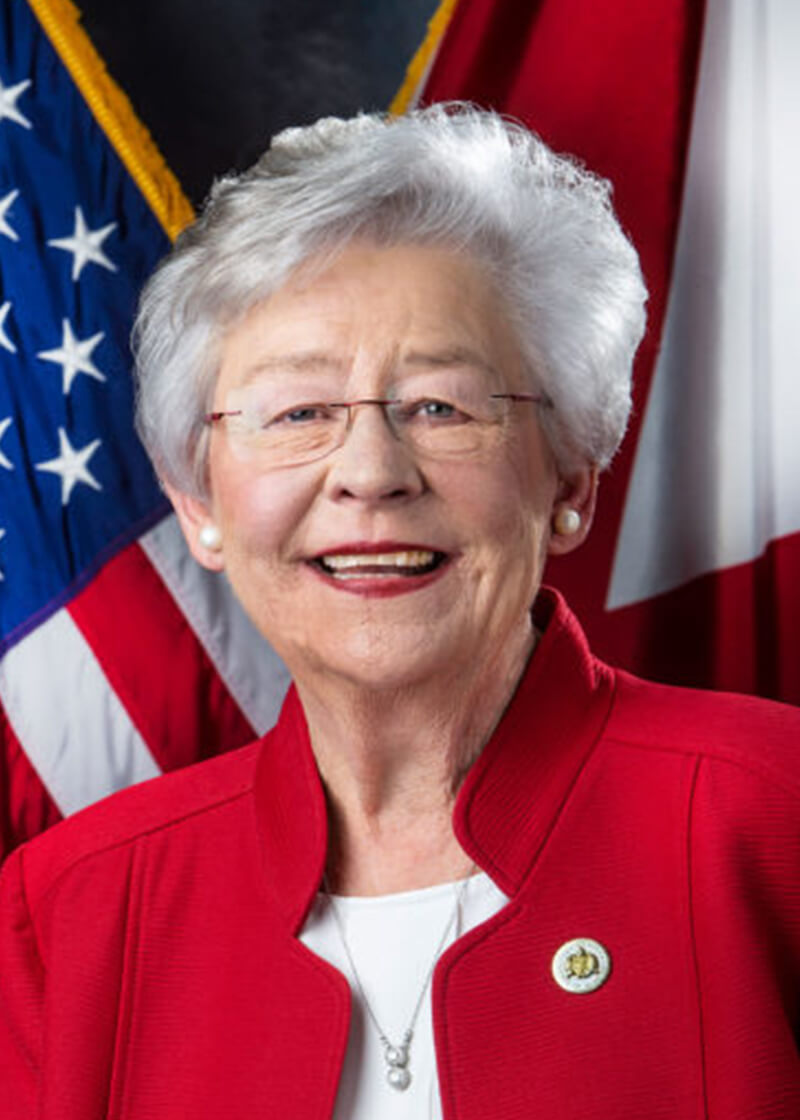